Yesterday we had the second day of the first in-person TTouch workshop in two years. The first pleasant thing was to see that when Balú arrived his tail was not tucked between his legs but out and wagging, albeit a little rapidly and slightly tense. The point is that the difference from last week was marked and he entered the venue quite happily.

On day two participants had the opportunity to practise what they had learned at the first session and expand their repertoire of TTouches. This was important because having examined the photos taken on day one a number of issues were apparent and these could be addressed and corrected, in particular the position of the person while working. This is less of an issue when working with one’s own dog or a dog one knows well but safety is a prime concern when working with a strange dog and it is also crucial that the animals themselves do not feel trapped. 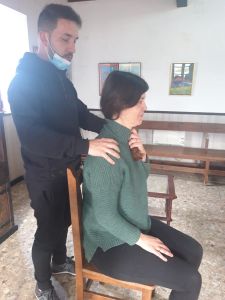 he high points of the day was when participants had the chance to experiment with TTouches on their own bodies, particularly the inchworm and python lifts.

Another very revealing exercise was. When. Participants put on body wraps themselves so that they could experience how the impact changes depending on the configuration. When wearing the X-your-heart wrap most participants’ described how they felt as “like being em 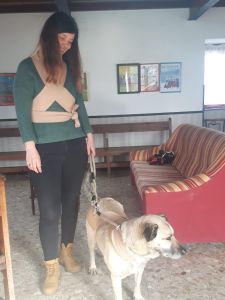 braced”, “comforted and similar feelings. However, one participant felt that he heart was being compressed with this configuration on. I was glad that this came up because it gave an opportunity for people to see for themselves how important it is to observe the animal’s response because what it comforting to one may be less so for another. 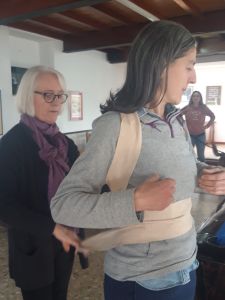 Groundwork in the afternoon also showed how people can assimilate things during a pause. In order to help participants concentrate of refining their skills, the circuit was simple, just an open labyrinth and poles forming first a cross and later a star. Although handling skills are still not perfect, all the handlers were aware of when they needed to correct something: relax shoulders, lower hands to have a loose, “smiling” lead, stop to regroup when necessary, recognise when a dog had had enough and withdraw, knowing that there is no right or wrong and nobody is judging. 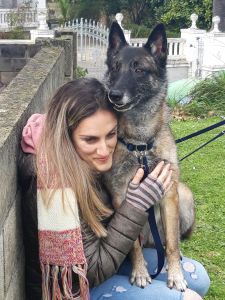 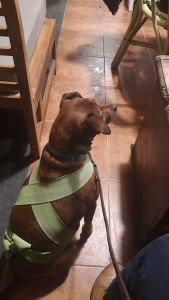 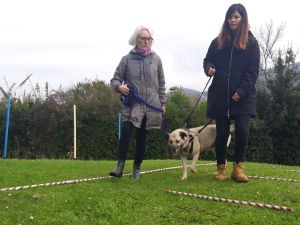 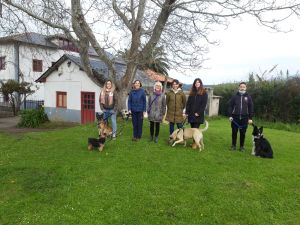 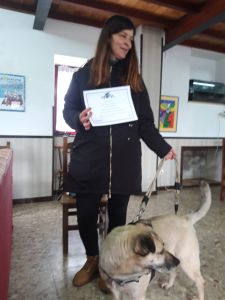 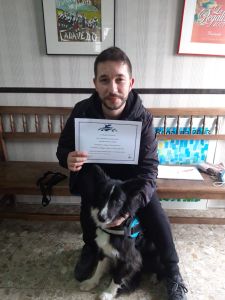 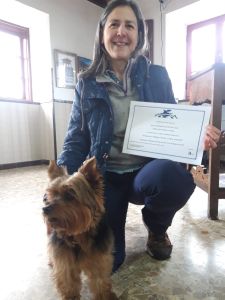 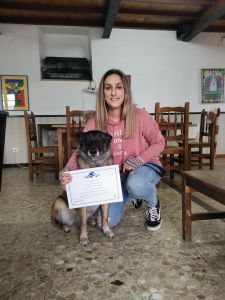